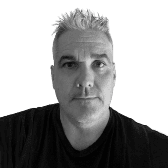 With 42 years experience across a diverse range of media industries including film, TV and digital media, Simon has always been at the bleeding edge of technological adaption and current industry practice.

Simon is the CEO and Founder of Indyfilm Pty Ltd, starting his film career in early 1981. He has worked on Australian, Hollywood, British and other international co-productions as a producer, director, sound editor and film editor.

With extensive stints in broadcast television, Simon evolved into an executive producer, developing and producing hundreds of hours of quality broadcast television. Working for all the Australian broadcasters and numerous large production houses have given Simon a keen eye for story and audience.

From early 2001 to 2018 Simon worked as a freelance producer, editor for ABC TV in the production department and on all the masthead news and current affairs programs including, Lateline, 730 report, Stateline, Catalyst, ABC news.

In the early 1990s whilst lecturing at Charles Sturt University, he was an early adopter of digital media production and pioneering of online learning and multimedia production for distance education. Over the last 20 years Simon has become a digital pioneer with extensive experience whilst worked for many of Australia’s leading digital broadcasters and media organisations.

Whilst working for News Limited (News Interactive) in the year 2000, produced and managed a team the created over 20 news packages a day with a staff of 6, winning awards for their coverage of the Sydney Olympics. During his tenure with News Limited, he developed the first Java pop up player with thumbnails, and a playlist that has become commonplace on the web today. This capacity for innovation is sure to suit us well in Blue Pie’s future endeavours.

Post the tech-wreck in 2001 he moved back into television producing/directing drama, documentary and running his own Ad Agency, which produced over 200 television commercials.

In 2007 he started as Senior Producer role at Network 10 digital producing behind-the-scenes content for ‘Good News week’, ‘So you Think you can Dance’, Recruits, ‘Masterchef’ and many more network properties. During his tenure at Ten Digital, he was tasked with reviewing all the major online media deliver and Content Management Systems (CMS) providers for a revamp of their online video platform, which became Tenplay.