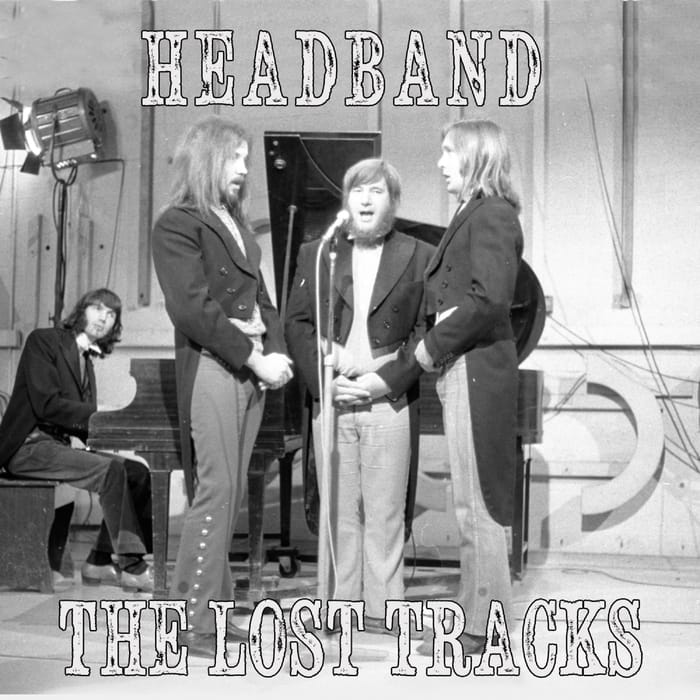 HeadBand Gets New Website – Lands Placements in the New Looking For Bon Soundtrack !

The new website for HeadBand is now live and provides a great history of the band and their musical achievements. The new Planet Blue Pictures ” Looking For Bon ” documentary will feature key tracks from the band’s album ” A Song For Tooley “. More details about the film and all the news can be found at www.lookingforbon.com

Earlier this year there were 4 un-released tracks discovered by the band and they have now been released on a special EP called the lost tracks. You can check the details out in the new release section of the Blue Pie site.

Headband played progressive blues rock with symphonic, country and pop influences.  They had a strong work ethic, rehearsing and performing constantly, including three shows a week in high schools across Adelaide. As Peter Head says:

“We did modern jazz at nightclubs, rock’n’roll for discos, J.S. Bach for pleasure, barbershop quartet stuff for laughs, electronic music at jam sessions, blues when feelin’ low, and country and folk for interest. A combination of these influences comes out in our original material. The band practiced “group indoctrination” in all types of music, even attending chamber music concerts together.”

On 22 October 1971, they supported Elton John’s Adelaide show at the Memorial Drive Tennis Centre. Their debut single, “Scratch My Back” was released locally by RCA and did not reach the charts. It was straight forward pop and was followed by their second single, “Land of Supercars”, which was issued nationally in 1972.  “Country Lady” was also released that year. In July, the band finished third in the 1972 Hoadley’s Battle of the Sounds, a national performance competition between the best groups representing each state, having been a finalist in the previous year.

Headband supported The Rolling Stones on their Sydney performances in February 1973 and issued “A Song for Tooley” as their next single. Their debut album, A Song for Tooley, was released in September 1973. Its sound was more adventurous, with the material ranging from Uriah Heep-styled heavy rock to psychedelic pop and progressive jazz. It featured Sydney Symphony players and an 110-piece children’s choir. The album spent five weeks in the charts, making the Top 50. The album featured stunning hand drawn cover art by internationally renowned Adelaide artist Vytas Šerelis, and a fold-out poster with photos and biographical details of band members. Šerelis created promotional posters and photos for Headband, Fraternity, The Mount Lofty Rangers and Chequers.

Headband relocated to Sydney in 1973, they played the pub circuit with residencies including at Whisky a Go Go. They had toured Australia supporting international acts The Rolling Stones, Elton John and John Mayall. In 1974 they returned to Adelaide and disbanded.

Their original vinyl pressing of ” A Song For Tooley ” is one of the most sought after prog-rock albums today. If you can find a copy, it goes for between $750 to $1000 USD on eBay. We think it is about time we had a vinyl re-issue of this great album. Stay tuned for more news !

Check out the following links on HeadBand: