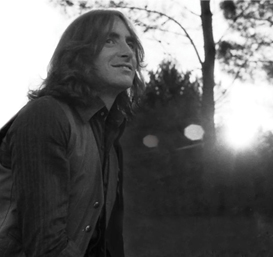 Ronald Belford Scott aka Bon Scott was born on 9 July 1946 at the Fyfe Jamieson Maternity Hospital, Forfar, Scotland to Charles (“Chick”) and Isabelle (“Isa”) Scott, and grew up in Kirriemuir. Bon is best known for being the lead singer and lyricist of the Australian hard rock band AC/DC from 1974 until he died in 1980.

Bon Scott remains revered as one of Australia’s best known heroes. Bon had a unique ability in being able to mix multiple obscure instruments within his songs. His striking vocal ability and hard-living lifestyle made him stand out. Bon Scott would ultimately become the lead singer of one of the most successful musical groups in history, AC/DC.

“Looking For Bon” follows Bon Scott’s journey from 1970 to 1974, right up to the time that he joins AC/DC, securing his spot as the lead singer and carving his name in stone forever as the greatest rock and roll frontman of all time. This film will take the viewer on a historical journey through Bon’s pre-AC/DC life focusing on his time with the band “Fraternity” and the “Mount Lofty Rangers” and the times he spent with his good friend Peter Head. With interviews from many of his friends to his son, former girlfriends, and his wife Irene. The story is told through their eyes and Bon’s musical antics. 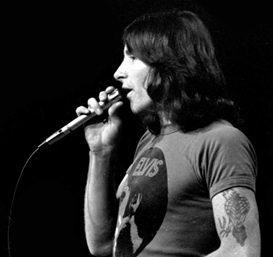 The documentary will show just how incredibly talented Bon was as a vocalist and more importantly how much of a good fun loving “Aussie Larrikin” he was. Loved by all who came to know him, this documentary will tell it like it was. He lived fast and played hard, lucky to be alive from that near fatal motorbike accident in 1974 that took some of his teeth. With many stories from those that were there including Bon riding bare naked in the Adelaide Hills on his loved Suzuki motorbike to Bon landing the nickname “Road Test Ronnie” due to his ability to consume just about any narcotic in quantities that would normally stop dead any other human being, the stories are told from those that were there and knew him the best, his friends.

The film ” Looking For Bon ” is just that, looking for the man that would become Bon, the world’s greatest rock and roll frontman in history who would go on to lead his band of merry AC/DC men to global success. This is the life and times of Bon Scott from 1970 to 1974.

“Looking for Bon” is the story of Ronald Belford Scott, the man that would become one of the greatest rock and roll singers the world has ever seen.

From the time he joined AC/DC in 1974, he would be known simply as “BON”. The documentary will feature the millennium re-recordings of the songs that he wrote with his good friend Peter Head and his prog-rock band “Fraternity’s” Livestock album. Re-recording these songs and new millennium treatments will feature some of the world’s greatest rock stars ever to live. This will include a team of musicians and producers all working to add new life to an incredible body of work completed before Bon joined AC/DC. The artists, producers, and musicians have all come together to form a band of merry men that Bon would have been proud to call his friends.

Although Bon Scott may have passed away, his legacy cannot be overstated, for it is the wind beneath the wings of the titanic AC/DC. You can tell from Bon’s talent shining through his contributions to all the bands he has worked with, including akka dakka, that he was a one-of-a-kind musician, and the world misses him and his magic touch every single day that passes.