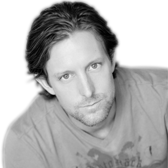 He is currently writing, directing, and producing feature film content for worldwide distribution. Features include writer, director and star of Battle Force. Other recently completed films include P-51 Dragon Fighter (writer/actor), Awaken (producer) and Out of the Burning Blue. He is in final development and pre-production on multiple feature film, projects, including Slay Ride, The Devilâ€™s Hope, and Settle the Score with a 0.44 (action/western â€“ writer/producer/actor).

Prior to his involvement with Archstone, Scott was vice-president of Workshop Pictures and development executive for Running Bull Pictures on the lot at Paramount Studios. He also served on the board of directors for Workshop Pictures and Mustard Seed Film and Music. He wrote and appeared alongside William Forsythe and Art Lafleur in the feature films The Rig.