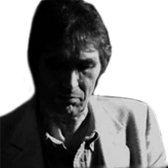 He began playing piano professionally at 13, went to art school for years later and opened his own gallery for a while with his wife. He relocated to London at 19, working and touring with a reggae band run by Boz Burrell (Bad Company) and moonlighting in various other bands before in 1970 he returned to Adelaide and played avant garde jazz before forming Headband, with Bailey (later of The Angels) on bass, Mauri Berg (ex-Silhouettes) onÂ guitar and backing vocals and Joff Bateman on drums and backing vocals.Â Headband released three national singles and an album and supported EltonÂ John and John Mayall and toured Australia with The Rolling Stones, beforeÂ went their separate ways in 1974.

Head then set up Mount Lofty Rangers, an everâ€“changing group of AdelaideÂ that included Bon Scott, Glenn Shorrock and Robyn Archer. TheÂ Mount Lofty Rangers is the name of the â€˜bandâ€™, which refers to the band ofÂ who work under that name in various capacities, including a painter, a welderÂ and a mechanic – more than 200 people in the past few years. In 1978Â he was honoured with a rock award from radio station 5KA for his contributionÂ to the music industry based on his work with the Rangers.