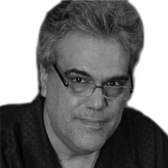 He graduated in the top one per cent of his class at Princeton University as an English major with a minor in and history, and graduated in the top 10 per cent of his class at Osgoode Law School, one of the top three law schools in Canada. He practised music and film entertainment law in Toronto, Ontario and Vancouver, British Columbia, before starting his business career in New York and Los Angeles. Mr Ramati has worked for more than 50 AFM/IFTA distribution companies and major distributors in foreign and domestic distribution of films and TV series.